We headed out this morning at 7am to the airport where most of the people in our group had to get a COVID PCR test done in order to travel home in a few days. We don’t get ours until we get to Zanzibar.  So we just waited in the truck.

It took 1 ½ hours for the testing, then we went on a game drive.  Today was probably the least exciting day so far since we’ve seen most of the animals already and we’re really tired.  We get up at the crack of dawn and don’t get back to camp until it’s dark.  It finally caught up to me plus I’m already sore from getting tossed around in the truck yesterday.  The bumpy roads weren’t so good today.

Even so we still got some good pictures.  Today we saw a female lion under a tree and then shortly after we found her 3 cubs relaxing on a log not too far away.  Then we hit another pool of hippos, an elephant eating a tree, 2 more leopards in a tree, more lions (1 male, 2 female), some Dorcus red bucks which look just like the deer from home, and 4 more cheetahs. 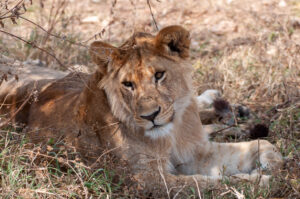 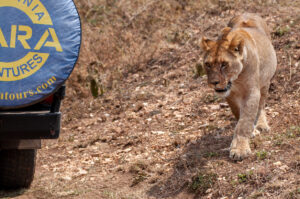 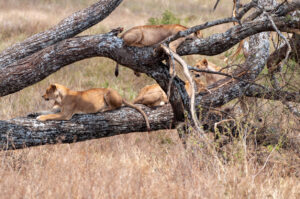 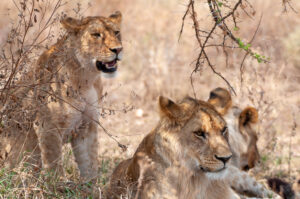 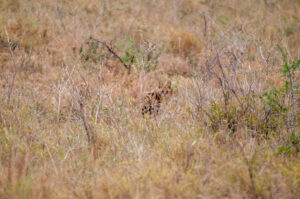 The cheetahs were just kind of chillin’ and then started walking off in the opposite direction.  I couldn’t see any “food” in sight but they did. Soon they were at a sprint (well, 1 of them was) and it caught a gazelle in one try.  The other 3 were hanging back but I’m sure they all enjoyed their meal.  Unfortunately, they were like specs in the distance so I couldn’t see exactly what was happening, much less film it.  I really wanted to be closer so I could capture it on film but no such luck.

We came in early today. It was nice to see the camp at the light of day and have a shower before dinner.  Tomorrow we leave the Serengeti and head through the Ngorongoro crater on our way back to Eileen’s.

Back to Africa Day 7